Having a Baby as a Life Organizing Strategy

A miracle occurred in my house on Sunday: my two year old slept all night, by herself, in her bed. For the first time in her life.

I’ve written about my children’s terrible sleep before, so this bears repeating: my twenty-seven month old daughter slept through the night for the first time last night. I remember that it was also April when my older daughter started sleeping through the night, too: something about the spring after turning two must flip a switch in the brains of my children that says, “Hey – sleep is grand. Let’s do it some more.”

This means I slept through the night, too! For the first time! In over four years! I woke up at 5 am and could tell that it was way later than I typically got to sleep before being called back to the kids’ room. I squinted at the clock to bring the numbers in focus and couldn’t quite believe it. Then I fretted in bed for thirty minutes, assuming that she had not woken up because ya know, she was probably dead.

It’s funny: co-sleeping is so often characterized as reckless endangerment of a child, but to me it offered ironclad knowledge that my kid hadn’t suffocated. I felt like a neglectful Mom when I woke up the next morning, having slept all night in luxury and not made sure my child was alive once. But she was alive! And I missed her little body in that moment, her snuggly ways and how she always jams her feet under my side. I know she will probably continue to wake up sometimes (like, ya know, the very next night), but I also expect that, like her sister, this will be the start of her kid years. She’s not a baby. She’s almost not even a toddler. She’s almost a kid. I’m almost to a place where I might sleep, all night, in a bed, maybe even with my husband (if he doesn’t snore).

So it might surprise you (it certainly surprises me) that I’ve been thinking a lot about whether or not I want to have another baby. Not only did my youngest child do something that tells me she’s not so little anymore, but it’s my breeding time of year. I got pregnant with Robin in June, and Holly was accidentally conceived during a post-finals week high in May two years later. My body is telling me it’s time to get back on that horse: my body really, really thinks it would be a good idea to get pregnant yesterday.

My heart also kinda wants a baby: I love newborns, I love fat baby faces and snuggles, and I’d love to see my 4-year-old dote over an infant (she often asks me to have another baby, and often asks when she can have a baby). And there’s nothing like the anticipation of a new baby. It has this open possibility that is scary but intoxicating: you know life is going to change completely, and you also know you are about to fall hard for someone completely new and wonderful in ways you can never anticipate and never knew you needed. I found this especially true with Holly (our 2nd) because we were no longer so terrified of the baby thing, so we really enjoyed her infancy and getting to know her little personality. The idea of seeing what else our genes could come up with is tempting. A brown-haired child (finally)? A boy? It’s not that different than gambling, in a way – and it has tremendous emotional and cultural payoff. Nothing is as hard as having a small baby, but on the flip side, nothing is as powerful. In the right circumstances – support, security – a desired pregnancy is enormously LIFE ORGANIZING. It has its own gravitational pull, a centripetal motion that brings everything else into focus and order in a way that’s really gratifying.

I’ve been rereading The Feminine Mystique and one of the themes that comes up again and again is that women have another baby to solve problems in other areas of their lives. I say this not as judgment but as fact: I think anyone committing to having a child does it for myriad reasons, some selfless or laudable as “in the child’s best interest” and some personal, relational, and complex. I didn’t have kids when I did because the timing was perfect and we have pre-established college funds, etc. It was a complicated blend of biological imperative, life timing, and personal desire. In Friedan’s analysis, women of the 50s and 60s kept having children because they’ve been culturally conditioned to see mothering as the only valid use of their time and abilities, and when their littlest becomes independent, they have a personal crisis. I don’t think that’s the case any longer: certainly, all the women I know understand that there are many paths to a fulfilling life and work can be a part of that; but at the same time, we still expect, and experience, an intense devotion between mother and child that can feel and be engulfing at times. It makes sense that coming out of that, and deciding to end that time (no more kids) creates new space for questioning and wondering that’s a bit scary to negotiate. 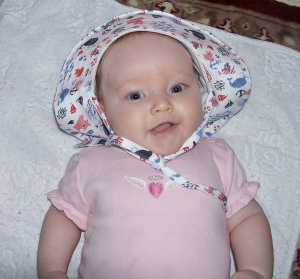 Pregnancy really forces you to get your shit together. You get house projects done, you quit drinking or smoking, you start eating better. Suddenly, you are flying through your dissertation or push a big project at work through because you want to be done before the baby gets here. For some women, pregnancy is really good for them: they love their bodies, sometimes the hormones even relieve persistent problems like depression or anxiety. In some marriages I know, the time around pregnancy and birth is a time of harmony in the home: conflict and disagreement are set aside while both parents focus on the new baby. It might not be “right” but babies can temporarily repair broken relationships, broken minds, and broken bodies. The needs of an infant are urgent, primal, and utterly reasonable (love, food, clean bum). Priorities become crystal clear. Life makes sense. Nothing quite brings together personal desires, biological urges, and cultural cache quite like babies. And I think it does allow us to kick down the road some stuff we’re just not up for yet. Betty Friedan specifically asks,

What if the terror a girl faces at twenty-one, when she must decide who she will be, is simply the terror of growing up – growing up, as women were not permitted to grow before? What if the terror a girl faces at twenty-one is the terror of freedom to decide her own life, with no one order to which path she will take… What if those who choose the path of ‘feminine adjustment’ – evading this terror by marrying at eighteen, losing themselves in having babies and the details of house-keeping – are simply refusing to grow up, to face the question of their own identity?

I hope I’ve made it abundantly clear that I’m not sitting in judgment of people who might have babies to defer dealing with life problems or “facing the question of their own identity.” Nor do I think people who want to have lots of babies or who are in the middle of growing their families are necessarily “avoiding” growing up. I’m just speaking to my experience and from observation that sometimes we have babies for reasons beyond a simple “I want another baby.” I’m in the middle of the “terror” Friedan describes right now, albeit 10 years later than the women Friedan writes about, because both my childbearing years and my whole vocational concept are coming to an end at the same time.  So, I have to be aware of the fact that I might be fantasizing about another baby not just because I want another baby or it might be fun or good. It might also be – hell, it probably is largely because – I’m not sure what’s happening next in my life, and having experienced the power and pleasure of mothering a baby, that seems like an awesome option. My very own brilliant and wonderful partner wrote me this email back in February when we were trying to make sense of this emerging obsession:

I do think you should try to think about this stuff in the context of grad school falling apart. I remember after grad school feeling suddenly very old and somehow more aware of my own mortality. There’s something about being launched into the real world that is very disconcerting and makes you feel like there’s no time, or that you have to make up for lost time or something. In your email you say, “I always wanted to mother a lot of kids but maybe I’m just not cut out for that, and that’s ok, but kind of sad to acknowledge.” To me that sounds like a classic I just got out of grad school and I don’t know what I’m good at anymore statement. It makes perfect sense that you would want to replace your sort of stillborn grad school career with the thing that made the most sense to you and brought you the most fulfillment, but the reality is that you might not actually want to go through with having another baby. I can see how the idea of having a fresh little person to dote on would seem attractive to you right now. It’s unfortunate that the thing you are fantasizing about (having a baby) is also inextricably linked with some of the most unpleasant memories you could possibly conjure up (months of nausea, vomiting, sleep deprivation, etc.)… The point I’m trying to make is that you might need something new to think about. You might need something new to obsess over.

This is why I’m not making any big decisions right now. As much as having a third baby might be a great thing for our family, I don’t want to get pregnant because I’ve tried nothing and I’m all out of ideas when it comes to life after grad school. I don’t want my knee-jerk reaction to the fear of what’s next to involve a human life – at least not a new human life. Having a baby is compelling but it would also shut down a lot of possibilities – writing? A magic job that may or may not be in the works? Moving? Travel? The point is, I may not know yet what I want from my future, even though my instinct is to grab on to something for dear life. I want to keep as many doors open as possible and go through the terror of “growing up,” as painful as it may be, because I want to keep possibility open and see if life surprises me. So right now? I’m sitting tight with my two kids, watching some Spongebob, and doing some more writing.